What Got Me Through Lockdown - Emily Johnson 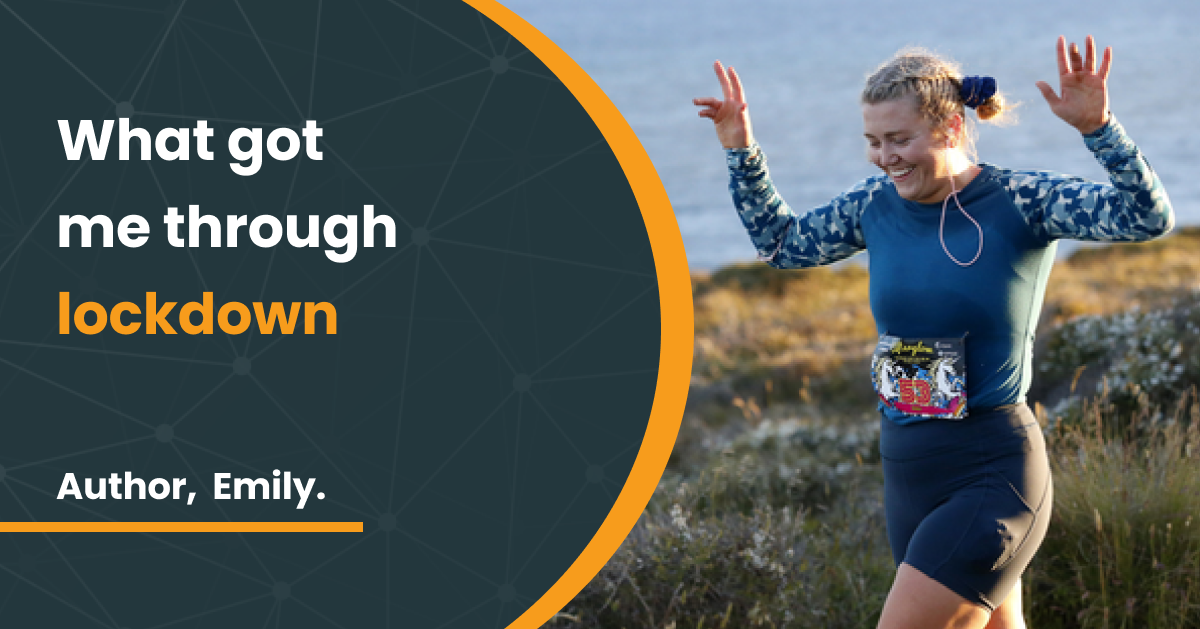 One of the best parts of working at Sonar is how much we value having a work-life balance. During my time at Sonar I feel I have been able to enjoy this balance, even during lockdowns. Plus it helps mentally that during lockdown I was able to focus on some things outside of just work which let me be the best I could be when I was working. I think it is easy to just get caught up in focussing on work and not stepping away from the desk for the things that help you take a break. I felt the encouragement and support from the Sonar team during this too. Even better is our Mind, Body, Soul allowance we get every year – with which I am going to be buying new runners shortly.

When it was announced we were going back into lockdown over my birthday this winter, I didn’t want to make it a negative thing. It was my second birthday in lockdown. Instead of thinking of all the things I couldn’t do, I came up with a list of 30 things I want to do before I turn 30 in a few years. I made sure even if we were in lockdown, I could complete the list. Lingering towards the top of that list was to run another half marathon.

I brought up my list to one of my friends, who ran the last half marathon with me three years ago. Right away, she mentioned that one was an easy one to tick off, and we could do the same race in November. I just assumed we would look at this next year especially coming off surgery in April. I broke my fibula playing footy which meant I had to get surgery to get a plate and six screws put into my ankle. I was on crutches for about nine weeks which made this run seem very daunting.  However, I got my physio and PTs on board, and it seemed everything was lining up for the run to go ahead.  We got our PT to create a 12-week program for us. I had such a massive amount of support behind me.

Luckily for me, several of my friends decided to do this half marathon training with me. During such a hard time in lockdown, this was one of the most exciting and best things. I got together with friends multiple times a week to run. It was the perfect distraction from lockdown while also allowing me to feel like I was still moving forward on my goals. We normally would do two runs a week before work, which would always start the day out really well. We then had longer runs on the weekend, which gave me something to look forward to.

This past weekend the run went ahead. It was at a really beautiful course down in Torquay, and you run along the beach during sunset. Then you finish the run in the dark wearing head torches and glow sticks.  This was one of the biggest highlights of the past year. I think my favourite part was doing it with my friends and the 12 weeks of training we got to do together during the lockdown. One of my goals during the run was to just enjoy it and have fun. I had such a great time that I have already signed up for another half marathon in three weeks.

We are always on the look-out for awesome people that want to join our smart, committed, hard-working, and fast-growing team.