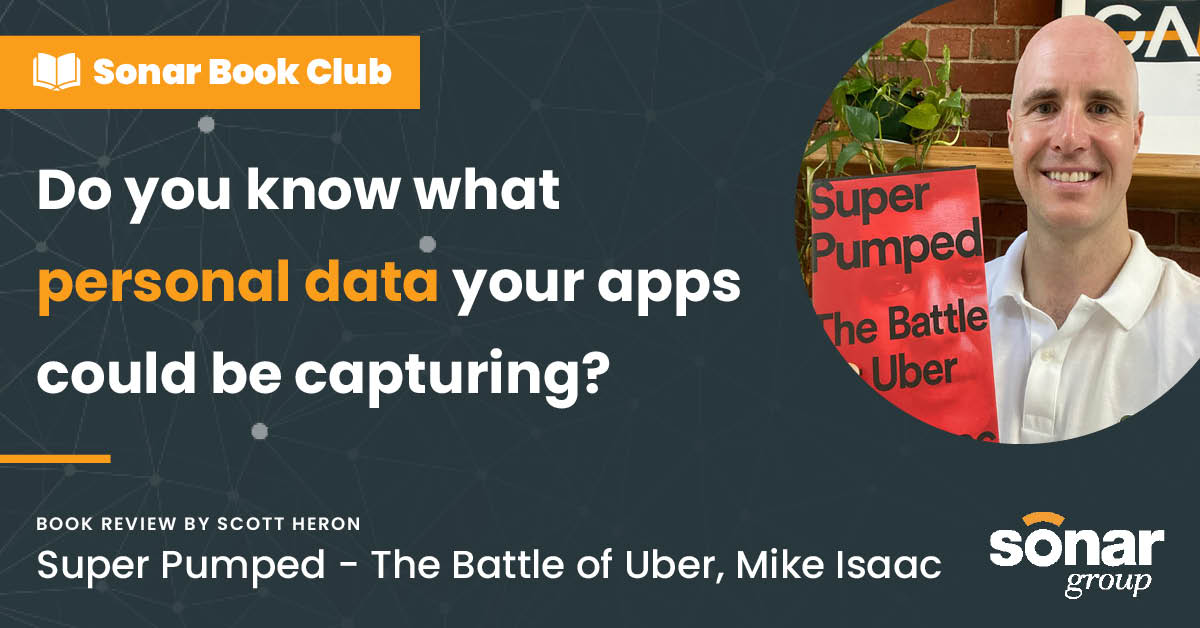 I thought this book was about ‘Bro Culture’ and how that undid Uber – and it is – but what blew me away was the data that Uber was gathering about its users and how it was using it.

Super Pumped tells the story of Travis Kalanick – the high profile and hard-charging CEO of Uber who was ousted by a boardroom coup, largely led by its VC investors.  It tells a very engaging tale of hockey stick growth and a culture rewarded through meeting your KPIs in whatever means necessary, and a fairly non-existent HR policy.

I largely knew this story already – but some of the nuances of the internal lobbying to oust Travis, and the role of Arianna Huffington as a Board mediator was new to me.

What made this book leave a more lasting impression on me was that it opened my eyes to the data that Uber was gathering and how it was using it to beat regulators and the competition.  It has made me think harder about the data that we provide as users/consumers, and how they can be used against us.

In terms of beating regulators – it used a practice called ‘greyballing’.  Essentially using information about the user (eg. personal information including credit card details and home address to see if they are part of a police credit union) to identify if they are likely to be police, then greying out the Uber cars in their area so they wouldn’t show up, and/or dropping Uber cars before they pick them up.  By doing this, the police couldn’t catch a ride, Uber drivers wouldn’t get fined, and Uber could continue their expansion.

How creepy that Uber was rubbing data sources together to triangulate on people and then treat them differently (regulators)? And that it was using data outside of the app itself to learn more about its customers (‘listening’)?

This opened my eyes to the data that can be used by an app and the use cases of where it can be used against you.

But – the technology and methods that Uber has used here do not differ drastically from what digital marketers do every day.

Gaining a better understanding of your customers by combining data sources is common practice and very effective  – integrating Roy Morgan Helix persona data, or Experian data can provide additional colour on customers within a geo-targeted area which can really help ensure the advertising is effective.

Similarly – we use pixels on websites (Facebook, Linkedin, etc) to retarget users on that platform.  This isn’t far off from Facebook ‘listening’ to users in areas other than their platform.

In both cases though – the use case is around effective advertising and not trying to put on over the regulators or the competition.

I am, by and large, still a proponent that more data is good and can be used to provide relevant and targeted messaging and a personalised user experience.  But reading Super-pumped has opened my eyes to look harder at the use cases where things can go wrong, to potentially reconsider whether this technology and these methods are more ‘good’ than ‘bad’.

We are always on the look-out for awesome people that want to join our smart, committed, hard-working, and fast-growing team.